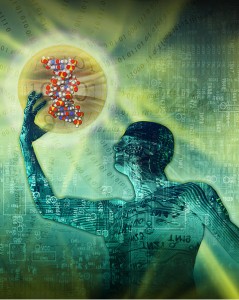 Dr. Peter Osborne ( Dr. O) has graciously offered to supply monthly, up-to-date, helpful and important information about gluten and celiac issues. Dr. O is the Clinical Director of  Town Center Wellness and a Diplomate with the American Clinical Board of Nutrition.

The proper tools must be used to accurately diagnose gluten sensitivity.  Relying solely on a biopsy can delay a diagnosis for several years.  I have personally seen cases of celiac disease where up to 8 biopsies were performed before a diagnosis was made.  Blood antibody tests provide a better degree of accuracy but still have a great degree of false negatives.  Genetic testing offers the greatest degree of accuracy and when combined with a patient’s history and examination a diagnosis can be made early and accurately.  However, the greatest tool is patient improvement.  If a person starts to feel better on a gluten free diet it doesn’t matter what blood tests or biopsies reveal.  The proverbial proof is in the pudding.

Several years ago, many Americans played an unknowing role in the social experiment known as the Atkin’s diet.  This diet, largely devoid of grain provided many with better health through weight loss and reduction of many generalized symptoms of poor health.  However, there were also those whose health did poorly on the Atkin’s diet.  People are different and unique.  Renowned Nobel Prize winning scientist, Roger Williams, wrote a book called Biochemical Individuality examining these individual differences.  Bottom line: one diet is not right for everyone.  Because going on a gluten free takes a great deal of education and commitment, it is recommended that proper testing be performed to identify whether the diet is right for you.  Remember going gluten free is not a trendy diet; it is a permanent lifestyle that should be taken very seriously as even small amounts of gluten exposure can cause problems.  This month I will leave you with a final thought on gluten and grains.  When farmers want their cows and pigs to gain weight before going to market, they feed them more grain.  In the past 100 years, grain consumption has dramatically increased, paralleling a rise in the incidence of heart disease, diabetes, obesity, and cancer.  Despite the above facts many doctors and dieticians continue to blindly prescribe “heart healthy” diets high in grain.