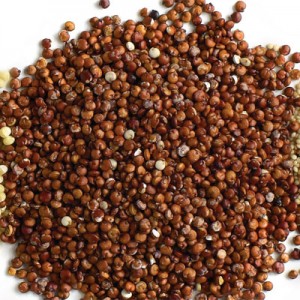 Quinoa has been gaining popularity as a substitute for grains among celiacs. People write in a lot about this high-protein wonder seed, it’s in tons of gluten-free recipes, and you can find it in  gluten-free pastas, baked goods, and other wheat alternatives.

Testing at gluten levels usually less than 20 ppm, quinoa has been considered a safe substitute for gluten-containing foods. However, a study published in July 2012 demonstrated that two cultivars of quinoa were shown to cause high levels of immune reactivity on celiac disease cells similar to the levels found in wheat. This sounds pretty similar to research that’s been done recently on different varieties of oats.

Currently quinoa is considered to be a safe alternative to gluten-containing foods for celiac patients. Until more research is done in this area, though, celiacs should be mindful of the conclusions of this study, especially if they experience any symptoms after ingesting quinoa!