If you are on my website, it is likely that you or someone you know is celiac or gluten sensitive, much like myself. Fortunately, nowadays, there is so much more research being done on this disease, and we have even more answers on how to help “cure” it. You can read up more on a moving and interesting story in my Part 2 of this 3 Part informative series, “Breaking the Vicious Cycle” book, and how the celiac diet TRULY came about. We have come a long way, yet there is still more to be done and we all wonder, is there a cure” for celiac disease? Oftentimes, it seems that there is so much more research put into finding diseases than there is for developing cures. Much like in life, the solution can be trickier to find than the problem itself. So the “cure” for celiac disease is led by following a gluten-free diet and recipes. This discovery did not happen overnight, but instead took many trials.

Originally, there was not much knowledge on what celiac disease was. People would report diarrhea that had a distinct color and odor, as well as an enlarged abdomen, accompanied with other common symptoms. In earlier years, it was believed to be something related to diet; however, people were just unsure what exactly was the cause. They were not wrong in making that assumption, but it took a while to pinpoint just what type of diet caused the symptoms. Once the cause could be determined, so could the cure. 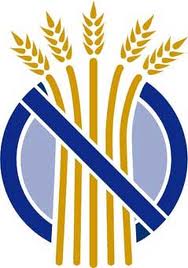 When the focus was shifted to examining diet, carbohydrates were quick to be under speculation, and were tested to see if the removal of carbs from one’s diet could alleviate the patient’s symptoms. There was a notable difference in symptoms, especially when the patient would have a carb-free diet, then return to eating carbs. However, a notable issue was still encountered in stool samples. Changes began, as Dr. Sidney Valentine Haas began experimenting using a banana as a carbohydrate source and noticed that his patients responded well. Adding carbohydrates back into the diet was necessary to allow for a wholesome diet. This is where the movement towards a cure began to accelerate. In my part 3 of this 3-part series, you can read about the Specific Carbohydrate Diet, developed by Dr. Haas, that helped to treat celiac, and also helped with weight loss and the maintenance of a healthy lifestyle.

With this newfound information that some carbs and flours could be properly digested by individuals with celiac disease, more carbs were approved for the diet. Further research indicated that in spite of these dietary changes, individuals still reported symptoms. Faculty members from the University of Birmingham noted that these problems came from the protein gluten, which is in wheat and rye flour. The removal of gluten from one’s diet showed much promise, and thus, the gluten-free diet was developed (yay!). The gluten-free diet is the “cure” for celiac disease, and if followed correctly, the symptoms should be alleviated! I love spending time developing gluten-free recipes to share with you all, because I have been there too. Oftentimes, people get diagnosed and immediately think of all the wonderful things they can no longer indulge in. I see it as a challenge to create new recipes that fit with our diet and “cure”. For those of you wanting even more information, I have my gluten-free and celiac ebooks available here. Any questions or comments feel free to ask me! Check out part 2 of this series here.